Welcome to the OTU Association Website. This is the principal and immediate contact point for all those interested in the activities of a group set up some thirty years ago to celebrate “The Scheyville Experience”. It provides contact details, notice of events, a wide range of memorabilia and general items of interest.
We Scheyvillians do share something unique in what we went through over four decades ago at a military establishment called then “1 OTU Scheyville”. This Website provides a window that enables us to find what is going on in the Association  and, so much of what has passed. 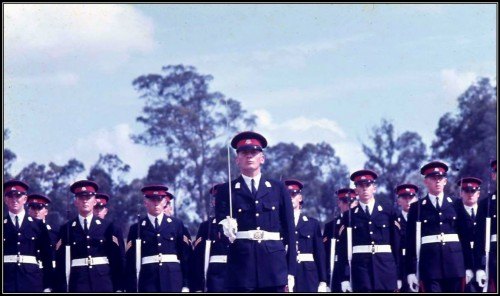 In the mid 1960s the government of the day, led by Prime Minister Sir Robert Menzies, passed the National Service Act. With the war in Vietnam demanding ever-increasing manpower, this was a means by which the Australian Army could be rapidly expanded. Selection was through a marble drawn ballot whereby, every six months, a number of specific birthdays falling in that period of time, was drawn out. Those people whose birthdate “came out” were to complete two full years in the Army. In 1971 this was reduced to eighteen months.

It was recognised that such large numbers would demand a raising of the levels of manpower in the commissioned ranks. Accordingly, the Officer Training Unit was established at Scheyville to the West of Sydney. Its purpose was to “create a junior officer capable of leading an infantry platoon in tropical warfare”. It was to take twenty one weeks from start to finish to achieve this remarkable transformation in young men – men who had virtually come in directly from civilian life.

With so much to be taught over such a short period of time the course was, by necessity, highly demanding. Both physical and mental strengths were tested to their near limits. It has since been described as a “living in a pressure cooker situation”. OTU was also used to train Air Cadets who sought a career in Army Aviation. Furthermore, towards the end “overflow” cadets from the Officer Cadet School, Portsea did their course there. 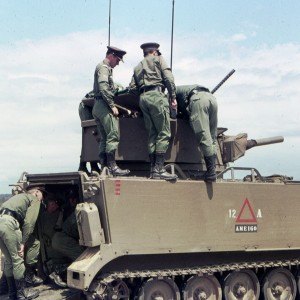 History has proven what was first viewed by many as an experiment, to have been a great success. Graduates proved themselves more than up to it in Vietnam with nine being awarded the Military Cross, one the Australian Medal for Gallantry and six the Distinguished Flying Cross. Seventeen were Mentioned in Dispatches. Eight made the ultimate sacrifice.

On completion of National Service many Scheyvillians elected to serve on in the Army. Another group continued in the Reserve Forces. Altogether they made an important contribution with some thirteen reaching the rank of Brigadier and one, Major General.

Others went on to make a name for themselves in industry, commerce, the law and public service . One became Deputy Prime Minister (The Honorable Tim Fischer AC) and another, Premier of Victoria (The Honorable Jeff Kennett AC).

OTU Scheyville closed in 1973 following the election of the Whitlam Government and the winding down of the war in Vietnam.

In the mid-1980s a group of people who had spent time at OTU got together and identified that there was indeed a special bond between those young men who had been through “the Scheyville Experience”. This bond seemed to over ride which class or intake you were in – just that you’d been there. As a consequence the “OTU Association” was formed. 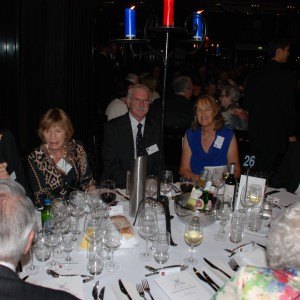 Chapters were established in Victoria, New South Wales, Tasmania, Queensland, South Australia, Western Australia and the ACT.
A constitution was drawn up with the principle goals of the organisation being to promote fellowship, to maintain the history of OTU, to preserve the memory of members who have died or been injured in the course of their duty for Australia, and to promote youth leadership and development training.
Membership is open to all who attended OTU Scheyville be they Directing Staff or Officer Cadet. No distinction is made between those who graduated or did not. It is the Scheyville experience that counts.

Altogether there are over four hundred and seventy financial members with an even larger number participating in the different functions held from time to time. These functions include regular dinners, luncheons, golf days, weekends away and other such activities. Some State Chapters march in their capital city ANZAC Day Parade under the OTU banner. There are many Class reunions where those who experienced such a unique time together in days long past, share reminiscences in the company of their often disbelieving wives/partners.

Years 1993, 2003 and 2013 each saw a national reunion held in Sydney to commemorate the closure of OTU Scheyville. These have been wonderful functions, all of which have involved a return to the Scheyville site. For 2013, a contingent of four hundred and ten marched in the Sydney ANZAC Day Parade on the Thursday. 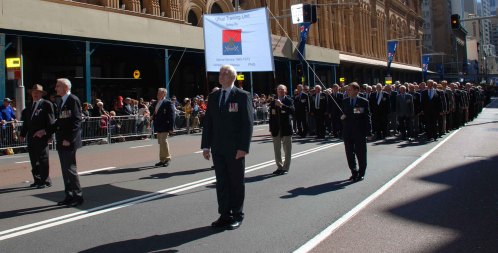 This was followed by a dinner on the Saturday with six hundred seated. On the Sunday there was a Church Parade to St Mathew’s where we marched with a full Police Band and escort. After the service came a picnic lunch at Scheyville. For the latter we assembled, by class, on the Parade Ground where the former Chief Instructor, Col Stan Maizey MID, took the salute. The standard of drill wasn’t too bad – but had deteriorated a little over the intervening forty years or so.

A National Executive, which is based in Melbourne, manages the Association. This body meets on a mostly monthly basis to ensure the organisation runs effectively. A National Council meeting whereby delegates from each of the States/Territories have their formal input is held annually. 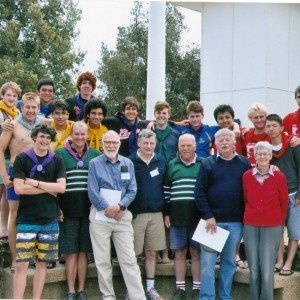 Much has been done over the years in the field of youth leadership and development. Our prime effort here has been sponsoring young 16 to 17 year – old men and women to attend the annual Lord and Lady Somers camps. Here they go through a week’s intensive activity that promotes leadership, teamwork and self understanding. In a sense, it is a small encapsulation of what was so important at OTU. Other opportunities to help better the future of youth are also encouraged and pursued.

Three times a year and edition of “The Scheyvillian” is published. This is always a fascinating read covering past and future activities,” what are they doing now?” articles, critiques of recent military publications and items of general interest to us all.

As said previously, this Website is the OTU Association’s window. We would encourage any one who spent time at Scheyville to join. It was a unique experience and had a special impact on our lives. You would be made most welcome indeed. 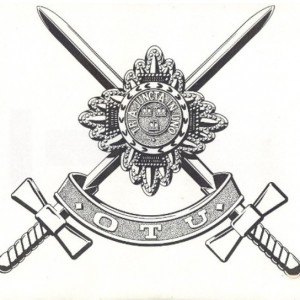