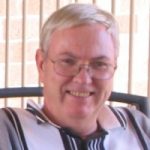 After my term of NS finished I remained in the Army until April 1988 having served with 2RAR (anti Tank Pl and C Coy) and 3RAR (B Coy) in SVN in 1967-68. I subsequently transferred to the Australian Intelligence Corps where I completed a two year posting to Singapore (1970-72) as part of 28 Commonwealth Infantry Brigade which became 28 ANZUK Brigade. In 1989 I was elected to the ACT Legislative Assembly when the ACT was granted self government serving one term. I was subsequently employed in the APS in Canberra until 2004 when I retired to the Sunshine Coast. I completed a term as District Governor of the Lions CLub International District 201Q3 in Queensland on 4th July 2017 and continue to be involved with Lions Club International as the President of the Lake Currimundi-Kawana Club and as a member of the District 201Q3 Cabinet.